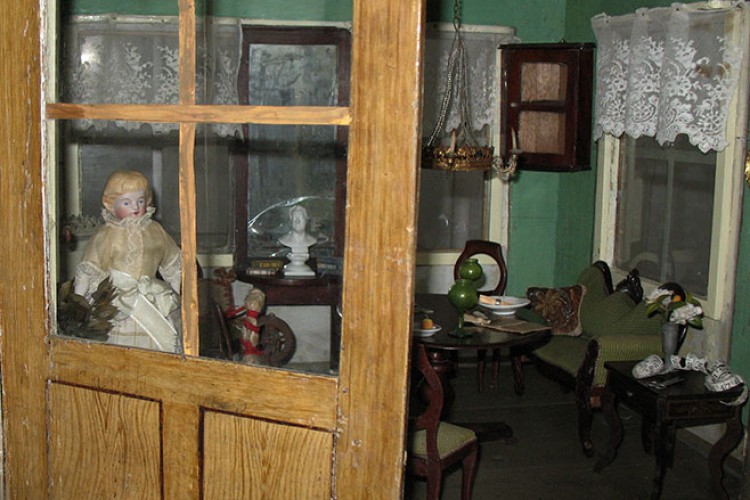 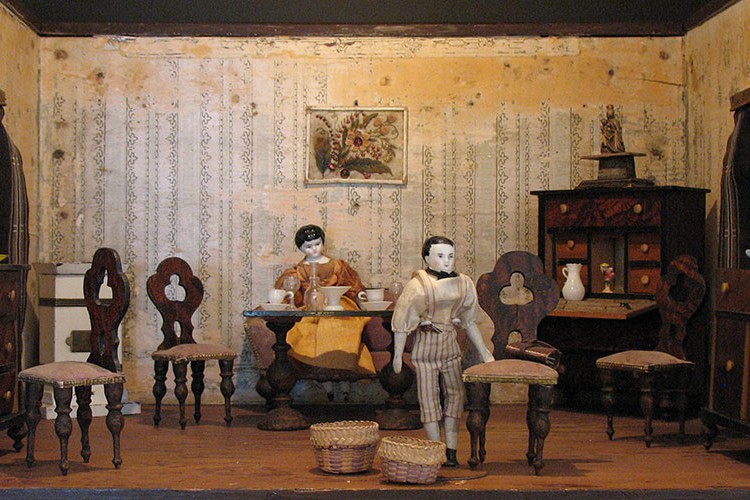 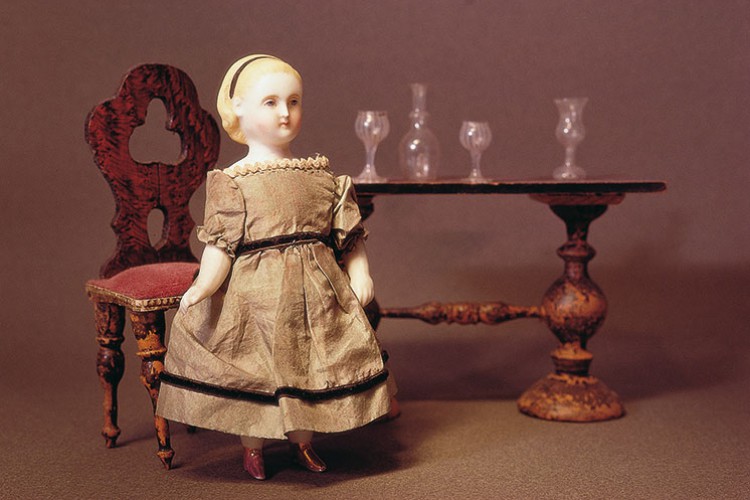 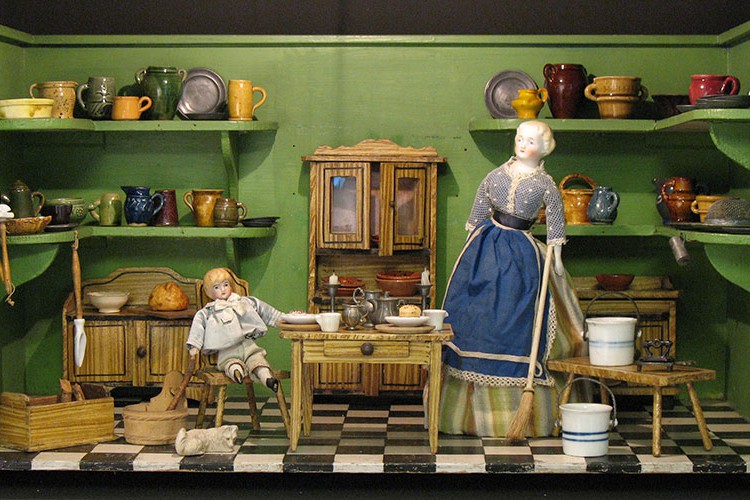 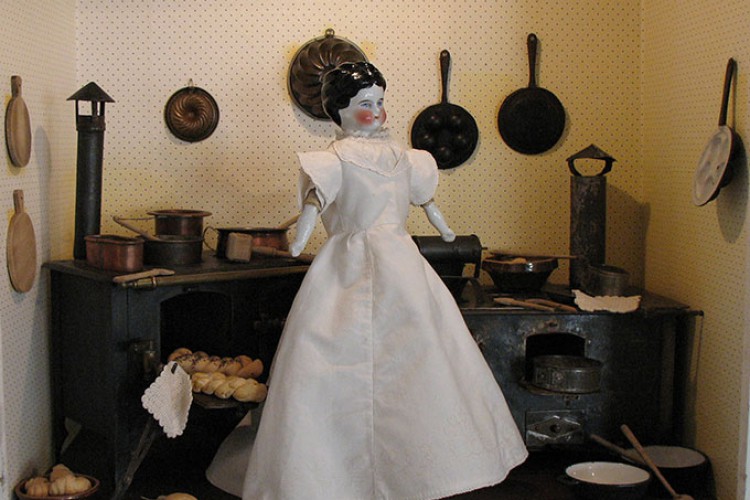 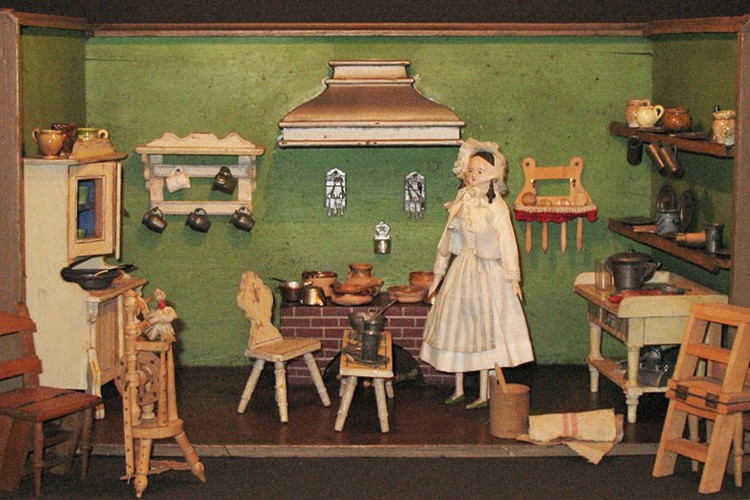 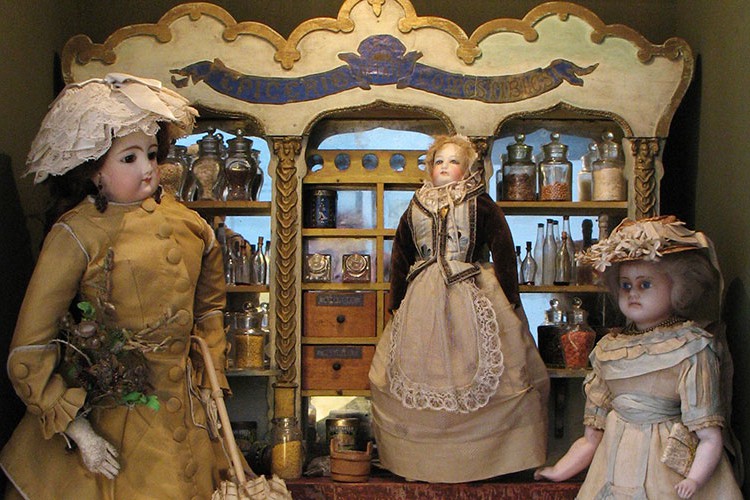 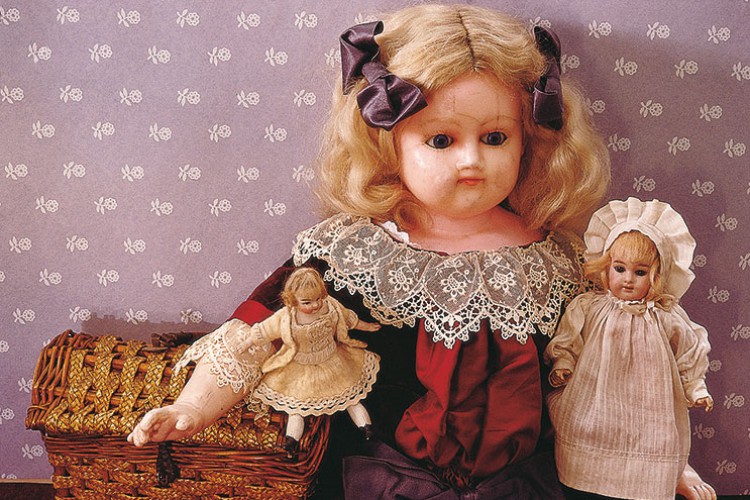 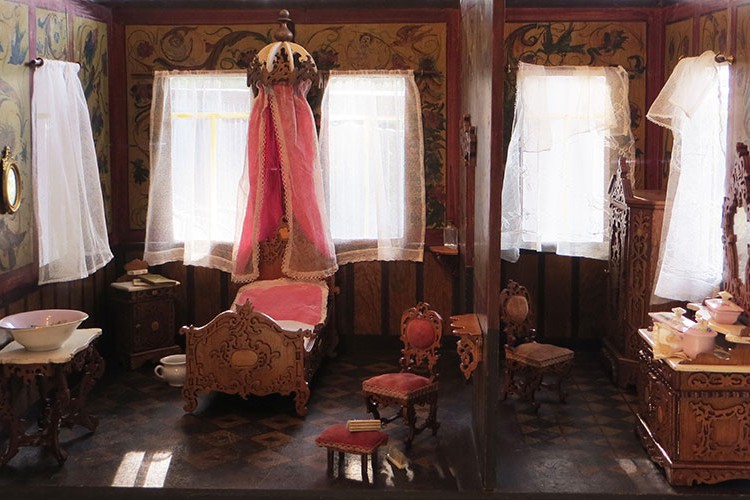 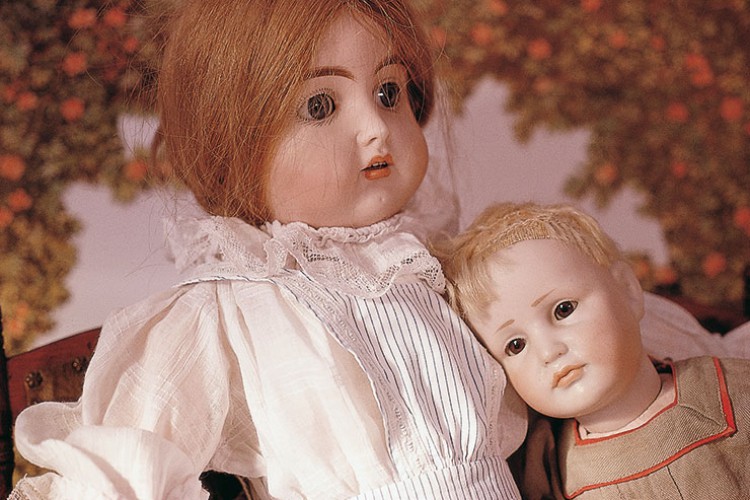 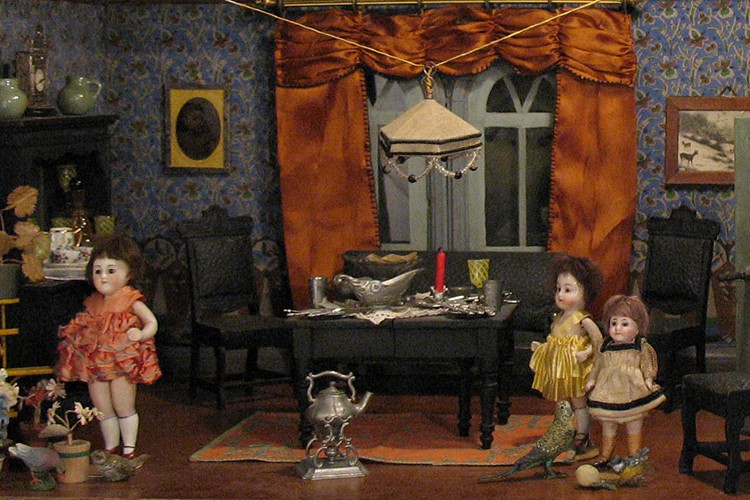 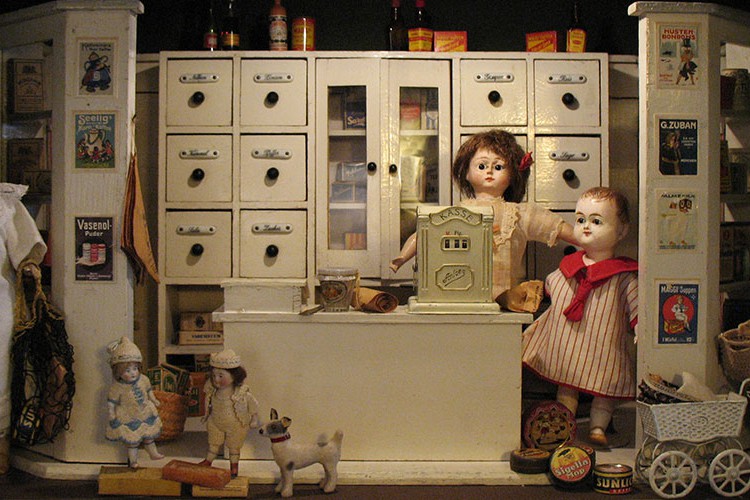 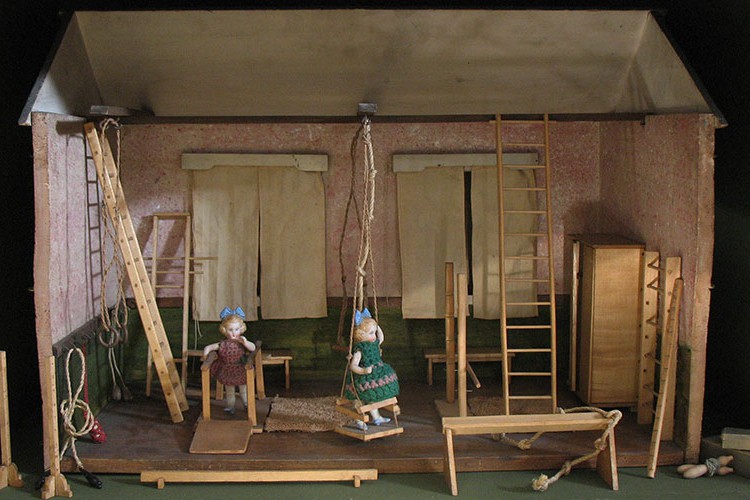 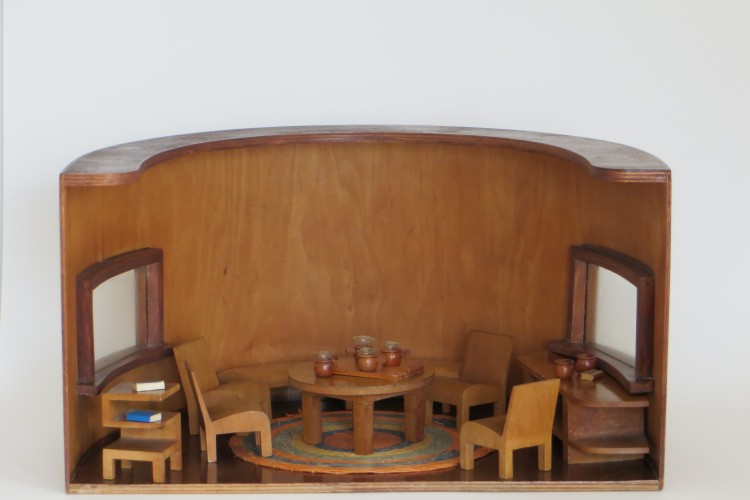 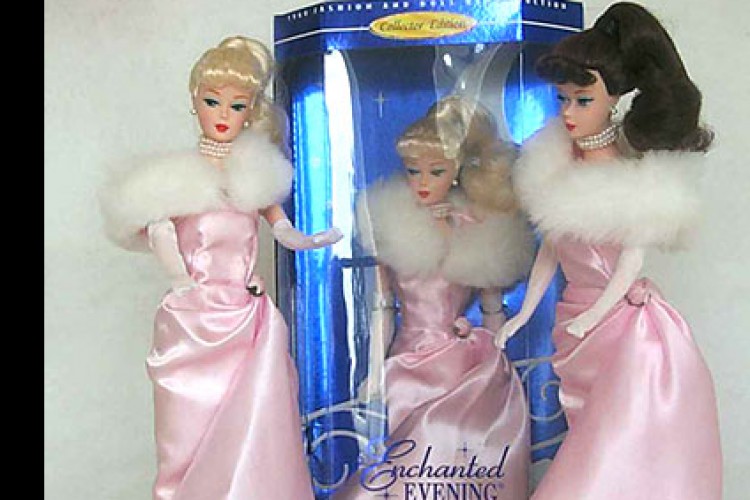 The Puppenmuseum Falkenstein presents not only a nostalgic miniature world made of lace, velvet and silk but also numerous historical and cultural aspects of German middle-class society from the late 18th century up until the 1950s.

The idea of seeing the styles and forms of European dolls and their miniature households as a mirror image of past eras makes sense. The history of dolls exemplifies both the development of fashion and the changes in our ideals of beauty. As such, it is also a vivid model of social transformation. Based on the chronologically arranged display of dolls’ houses, parlours, kitchens, shops and of dolls themselves, along with corresponding contemporary children’s portraits from each period, the shifts in cultural history over the last two hundred years become visible and comprehensible. Down to the last detail, the furnishings of kitchens and salons are reproduced absolutely true to the original: the doll and its house were intended to instruct. Helped by such “teaching aids”, little girls learned all about what was needed to set up a proper household befitting her generation and social class.

The miniature worlds of these antique dolls’ houses are an invitation to explore and linger – rendering the moods and settings of historic lifestyles with a degree of vividness that would be hard to equal in museum facsimiles or modern simulations. The charm and historical value of all the dolls’ houses, regardless of the era or style in which they were made, is captured in the richness of materials and attention to detail of these now long since “obsolete” utensils. Since the profane objects of everyday life are seldom kept they soon vanish from our collective memory. So the hundreds of finely detailed tiny objects preserved in the museum offer visitors a rare chance to gain a lively first-hand feeling for history.

Today, simply looking at the dolls and their houses still stimulates the imagination. For older visitors, the many long-forgotten details awaken memories, but for young people too they evoke impressions of how life was lived in the past. In this respect, even several generations later, these “teaching aids” continue to have an animating and inspiring impact.

The private collection was assembled in the course of five decades and comprises more than five hundred, mostly European, dolls and some sixty dolls’ houses, parlours, kitchens and grocery shops from over eight generations. In addition, numerous historical images document the changing course of contemporary tastes.